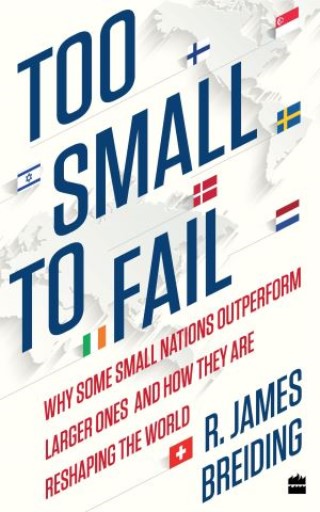 Too Small to Fail: Why Some Small Nations Outperform Larger Ones and HowThey Are Reshaping the World

Too Small to Fail analyzes how several successful 'small' countries, with populations under twenty million, have made a virtue out of their physical limitations. The book seeks to understand what it is they do differently, and why. What is their recipe for achieving better-educated, more egalitarian and wealthier populations? The book looks first at the forest and then the trees. It examines the characteristics shared by small countries, such as Switzerland, Ireland, Singapore, and the Scandinavian states. It draws parallels and discovers patterns shared among them that are common to each of their success stories. The book then looks at the policies of selected countries that have paved the way for remarkable improvements; and considers the individuals, corporations and institutions that have made a positive and sustainable impact. It further goes on to explain how these small countries are reshaping the World in a never before manner.

James, R Breiding: R. James Breiding is the author of Swiss Made: The Untold Story behind Switzerland's Success. James is a graduate of IMD Lausanne and the Harvard Kennedy School. He has written articles for The Economist, The Financial Times, Foreign Affairs, The Wall Street Journal, and The New York Times.